8 Famous Historical Landmarks in the UK

Fortunately for history lovers, the UK is stacked with opportunities for days out and exciting adventures back in time. There are plenty of world-famous historical landmarks located throughout the country. Explore breathtaking castles, steeped in ancient history and mysterious legends. Learn about the industrial revolution, royal family, or even go back to Roman times. It’s been hard to narrow it down to only eight examples, but here is a selection of the top historical landmarks the UK has to offer. 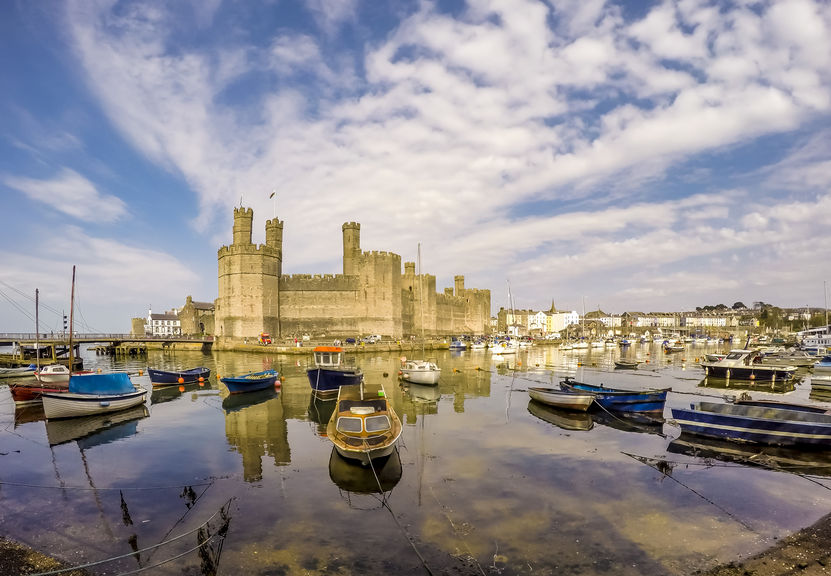 Caernarfon Castle in Wales is one of the most impressive medieval fortresses in the UK. Built in the 13th century by King Edward the 1st, this royal fortress is situated bn the River Seiont and the Menai Strait. It’s surrounded by boats and beautiful scenery.

The “castle of dreams” is steeped in legend and history. It’s well worth a visit. The fortress-palace is easily accessible by car or coach and is located off the A487, in the quaint town of Caernarfon. It’s also reachable by train and is 16km from Bangor, Wales. 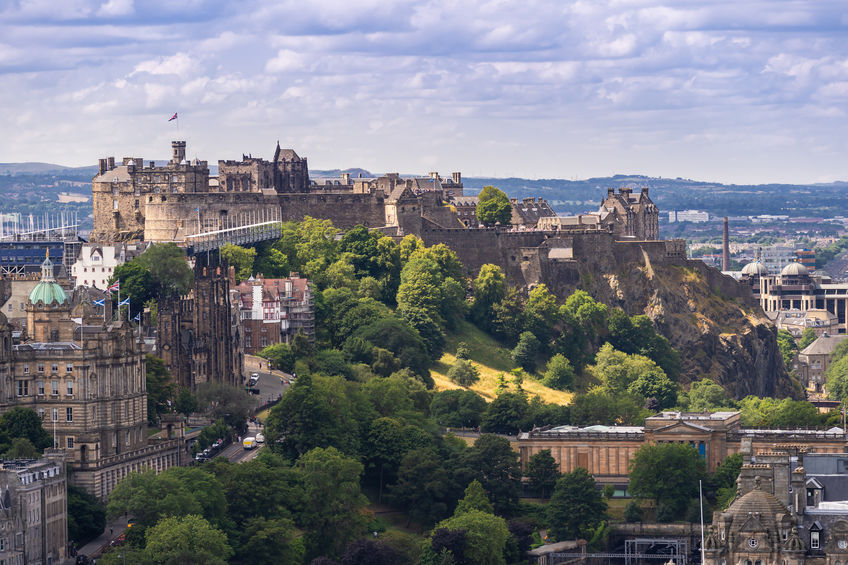 Edinburgh Castle stands tall on the volcanic crag known as Castle Rock, looking over the capital of Scotland. This historic fortress was a royal residence dating back to the 12th century and is now home to the Scottish Crown Jewels.

Located in the centre of Edinburgh, it’s easily reachable by train, bus, and road. It is also a short distance from Edinburgh and Glasgow airport. 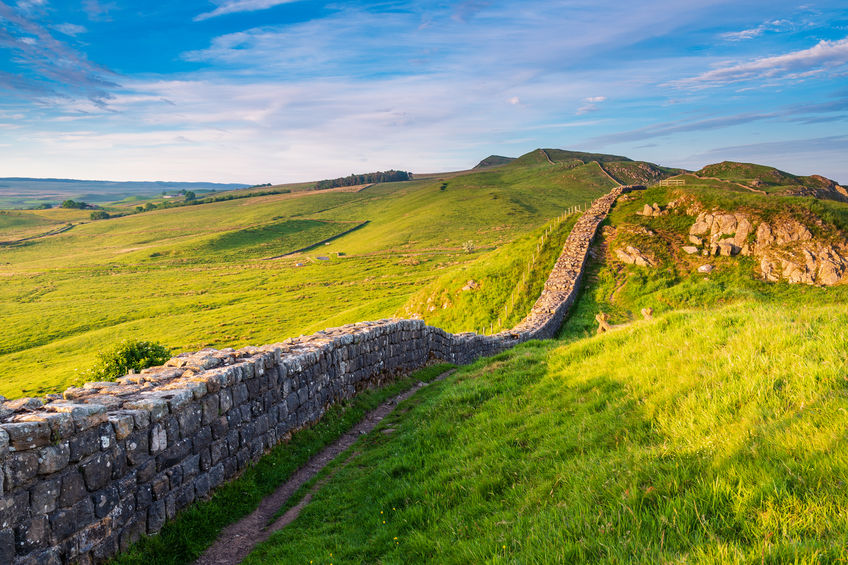 In around AD122, the Roman Emperor Hadrian ordered the building of this 80 mile wall across the width of England, making it one of the most impressive historical landmarks in UK. If you’re looking for evidence of Roman life in Britain then it’s definitely a must-see.

The UNESCO world heritage site is situated between the northern cities Carlisle and Hexham and can be visited by the Hadrian’s Wall bus which departs from each of these towns. 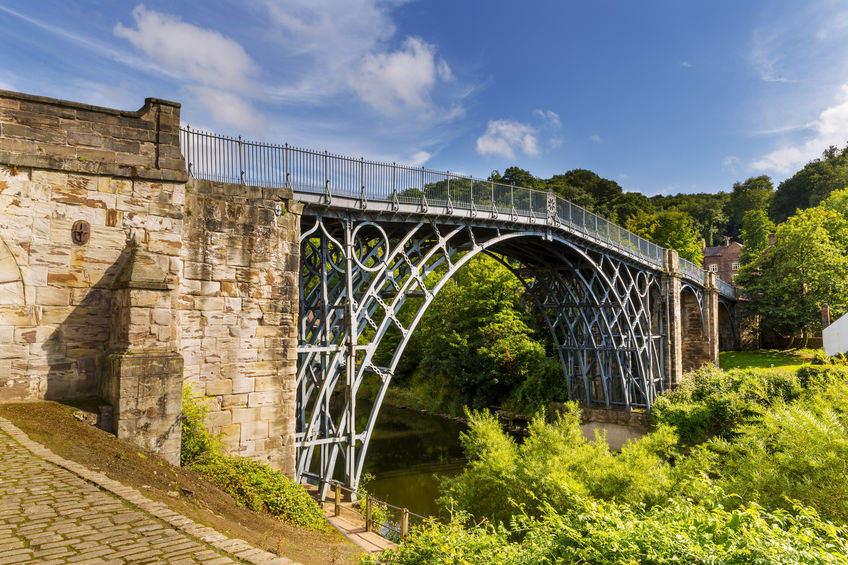 Ironbridge Gorge is of the most important industrial UK landmarks. It’s evidence of a technological revolution in the 18th century. There are also ten fantastic museums surrounding the gorge, displaying fascinating artifacts from the industrial revolution. 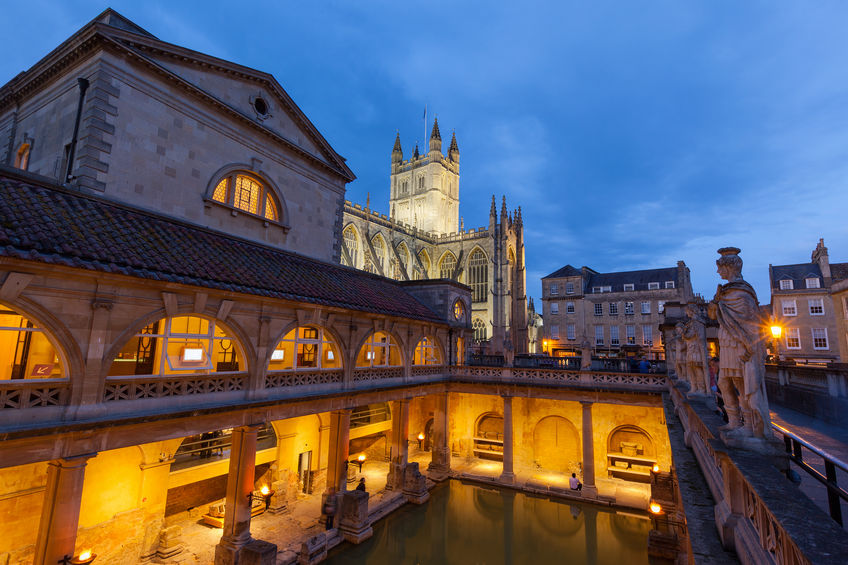 The Roman Baths are beautifully preserved and examples of exquisite roman architecture and luxury. Natural hot springs run underneath the sacred temple courtyard, and goddess statues watch over the flowing waters.

Located in the ancient city of Bath, one of the most popular historical places in UK to visit, the Roman baths can be reached easily by road or rail. They’re an unforgettable sight, well worth seeing. 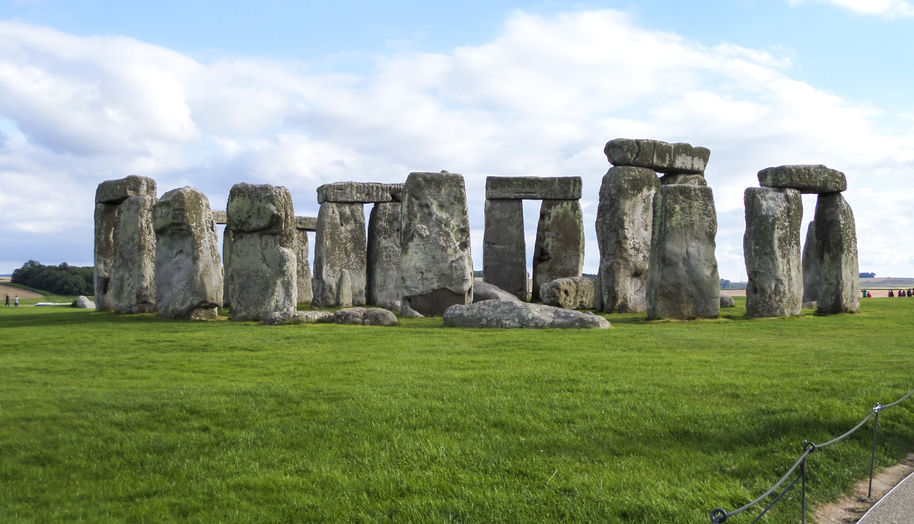 Steeped in mystery for over 5000 years, the circle of rocks known as Stonehenge is the story of legends of all the world. The statue-like stones date back to prehistoric times and are without a doubt, one of the most famous historical landmarks in Britain.

Stonehenge is situated near the picturesque town of Avebury in Wiltshire. Trains from London will take to the nearest town of Salisbury, about 12km away, or it’s more easily reachable by car or coach which takes about 2 hours from central London. 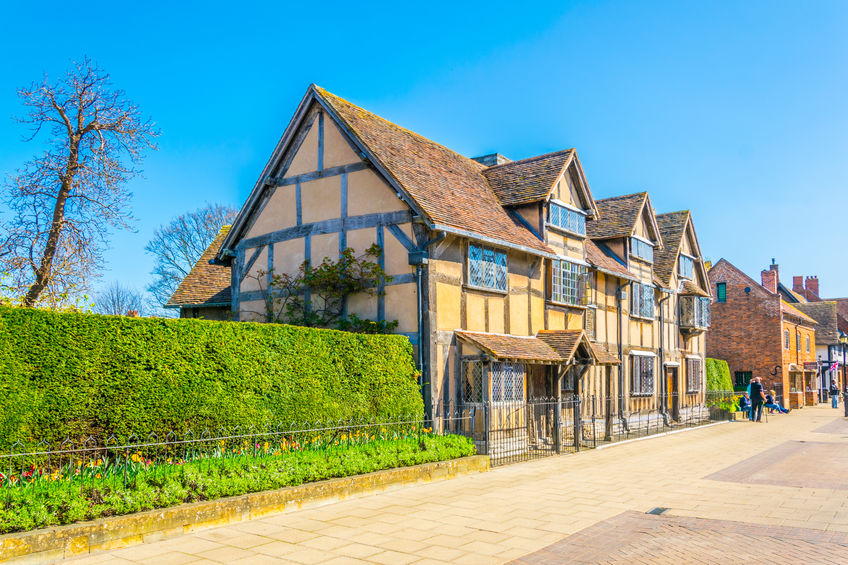 This picturesque riverside town is famous for being the birthplace of William Shakespeare. It’s one of the most popular historical places in England. The town is well-known for many historical sites such as Shakespeare’s birthplace in 1564, and cultural events including Royal Shakespeare Company theatre productions on the banks of the River Avon.

The town is located in Warwickshire, which is in the West Midlands of England, and easily accessible by road and rail.

8. The Tower of London 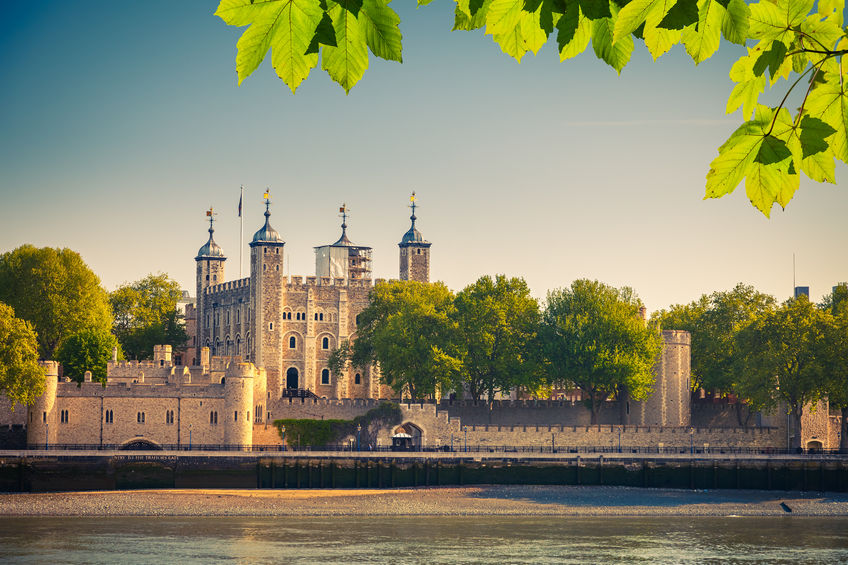 This iconic historical landmark, famously the host to the crown jewels, beefeaters, and legendary ravens, is located on the River Thames. The Tower of London was given its full title after the Norman conquest in 1066.

Discover the royal palace, might fortress and infamous prison. Many medieval prisoners came to a sticky end behind these walls. Having said that, it’s a fun day out for all the family. The Tower of London is located in zone 1 of London, and the nearest tube station is Tower Hill, served by the District and Circle lines.

Sorry, the comment form is closed at this time.

If you are planning a journey and would like us to provide a FREE no obligation quotation then simply fill in your details using the form below.

Established in 2011, South East Coaches are an Essex and London based Coach Company who provides quality coach hire for all occasions within the UK. Read more...
Address: